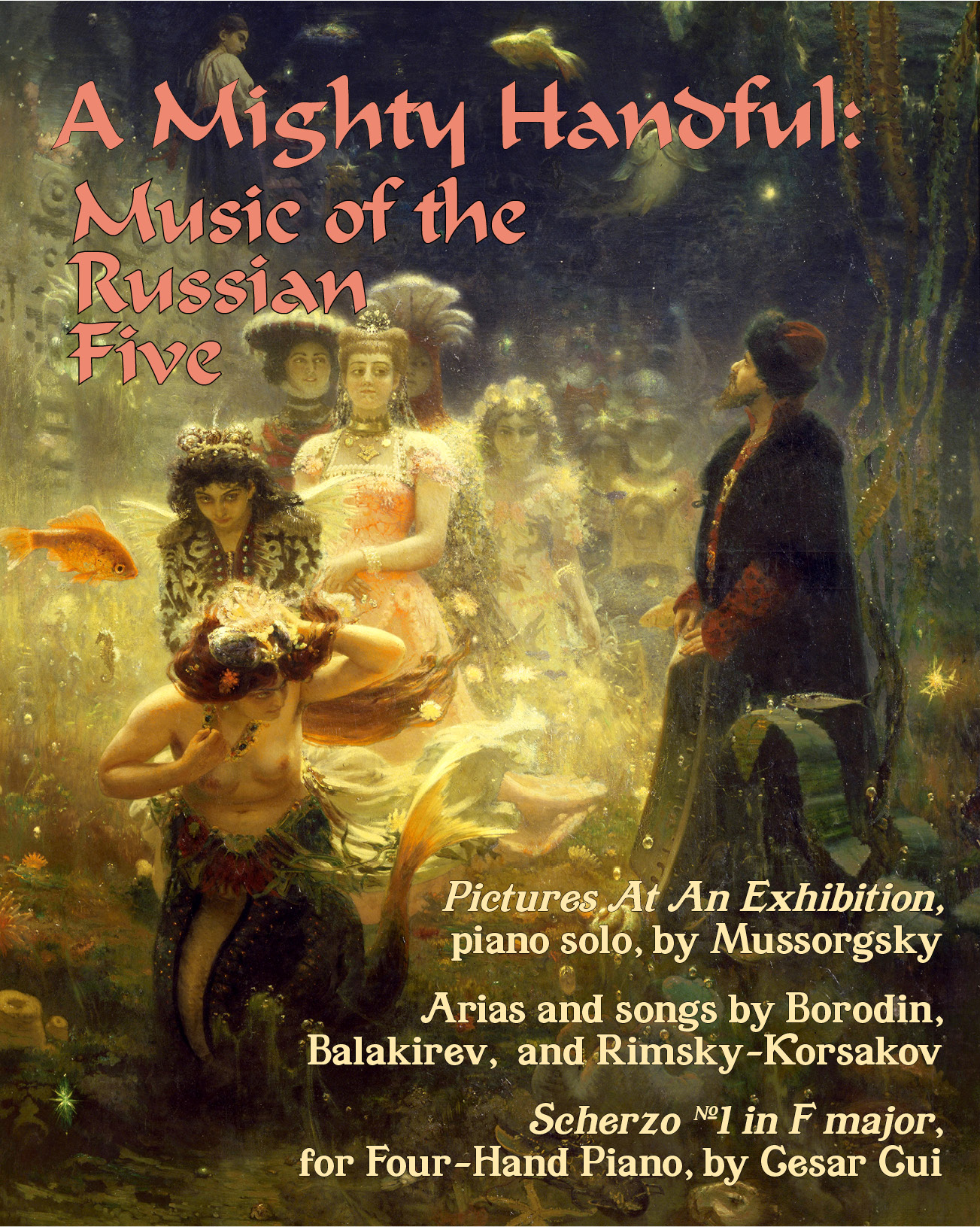 REPEAT PERFORMANCE OF OUR JANUARY CONCERT!

A MIGHTY HANDFUL
~
Music of The Russian Five

given with a visual presentation of
PICTURES AT AN EXHIBITION

‘The Five’ were a group of similar-thinking composers gathered around Mily Balakirev. They essentially created a myth about themselves as a musical movement that was more ‘authentically Russian’ than the classic music of the Conservatory, and not locked into Western musical traditions.

Along with Balakirev, were Cesar Cui, Modest Mussorgsky, Nikolai Rimsky-Korsakov, and Alexander Borodin.

They worked to fill their music with imitative sounds of Russian life. They drew on folk-lore, fairy-tales and myth from Russian culture, all in pursuit of what Mikhail Glinka called ‘the soul of Russian music.’

This concert blends music touched by folk and fairy tale, brought to life by these powerful composers in their songs, arias, and piano pieces. We will share part of their story, and frame it within the innovative musical journey of PICTURES AT AN EXHIBITION by Mussorgsky.

PROGRAM INCLUDES:
Pictures At An Exhibition, piano solo, by Mussorgsky

The Lark, by Mikhail Glinka, transcribed for piano solo by Balakirev
Songs by Borodin, Cui and Balakirev
Piano pieces by Borodin and Cui

The Soul Flew Quietly Through the Celestial Sky[Tolstoy poem] by Mussorgsky
Scherzo #1 in F major, for Piano 4-hand, by Cui