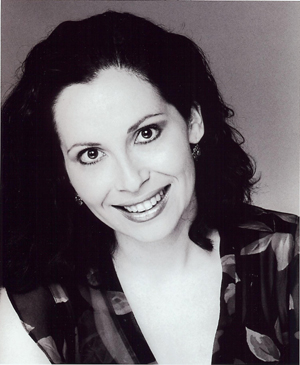 Tatyana Rashkovsky, mezzo-soprano, was born in Moscow, Russia, where she received her Bachelor of Music Degree at the Musical College of Moscow State Conservatory. She came to the United States, where she joined Advanced Studies program at the University of Southern California. After a successful audition for the Los Angeles Music Center Opera, she joined the company in the role of Die Vertraute in Srauss’s Electra opposite Leonie Rysanek, conducted by Randall Behr.

Other highlights of her career include the roles of Enrichetta in I Puritani with Placido Domingo as a conductor, Lola in Cavalleria Rusticana, Orlofsky in Die Fledermaus, Maddalena and Giovanna in Rigoletto, 3rd Lady in Magic Flute, Teresa in La Sonnambula and Mrs. Herring in Albert Herring, Sorceress in Dido and Aeneas with opera companies of San Jose, Santa Barbara Grand Opera, Opera Company of Philadelphia, New Jersey Verismo Opera and Vox Ama Deus. Ms. Rashkovsky orchestral and oratorio engagements include Alto Soloist in Mahler’s Symphony no.2, Handel’s Messiah, and Mozart’s C Minor Mass, Verdi’s Requiem, Beethoven’s Missa Solemnis, 9th Symphony and Choral Fantasy. Her recordings include Dido and Aeneas by Purcell, Choral Fantasy and 9th Symphony by Beethoven and Verdi Requiem.

Tatyana’s resent engagements include a performance of Tchaikovsky’s songs and opera highlights with Lyric Fest, Chopin and Barber recital concerts with Fine Art Piano Company. She will next appear in Vivaldi’s Gloria with Vox Ama Deus in the Kimmel Center.

Ms. Rashkovsky has been teaching voice, choir and piano in the Philadelphia region for past nine years. She has been on the faculty of Fifth Stone Music School and presently teaches voice in The Philadelphia School and in her private studio.