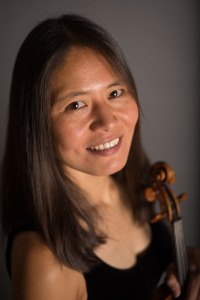 She has received numerous awards for her musicianship and violin playing. She was the recipient of the Schadt Trust Scholarship, Allentown Symphony Orchestra;