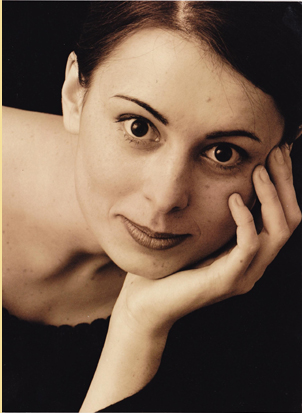 Katarzyna Salwinski, pianist, has performed as a soloist with orchestras and  chamber ensembles in Europe, the United States (including at Carnegie Hall), the Middle East, and Japan. She studied piano with Pawel Checinski while earning her Master of Music degree at Chicago College of Performing Arts, and with Harvey Wedeen at Temple University, where she earned her doctorate. She has also coached chamber music with Lambert Orkis and participated in master classes with John Browning, Menahem Pressler, Russel Sherman, and John O’Connor, among others. Mrs. Salwinski is equally versed in both the solo and chamber repertoire. For many years she performed as one half of a duo with the Israeli pianist Michael Tsalka.

In 2010, together with Rollin Wilber, she formed the Fine Art Piano Company, now the Fine Art Music Company, a group that presents inventive, thematic programs in intimate salon settings where listeners are invited to converse, respond openly and feel personally involved in the performance process. Through its eight years, FAMC has developed a respected concert series featuring the most accomplished musicians and composers of our area.

Mrs. Salwinski has collaborated and performed with such singers as Roberta Knie, Richard Stilwell, Michael Best, Stuart Neill, Tatyana Rashkovsky. She has participated in numerous musical festivals, including the International Festival of Contemporary Music’s “Warsaw Autumn”(1996), “Hala February”  in Kuwait (2000), and the Osaka Chamber Music Festival (2005). She has appeared in many concert series, including “Mostly Music” at NEIU  in Chicago and “Concerts at One”  in New York, and she has performed live for radio and television. She is also a teacher, whose students have won competitions and performed at Carnegie Hall and the Kimmel Center.