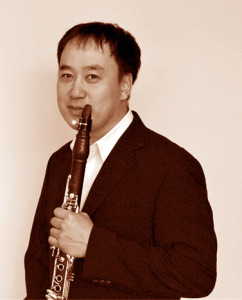 A native of Seoul, Korea, Gi Lee came to the United States in 2005 to study under Ricardo Morales, Principal Clarinetist of the Philadelphia Orchestra. Before he came to the U.S., he regularly performed in Korea, Germany, Austria, and Russia as an orchestral and chamber musician. Mr. Lee graduated from the Korea National University of Arts (K-Arts). In Korea, he won the first prize at NANPA National Music Competition

Gi Lee was a member of Symphony in C (formerly Haddonfield Symphony) and has been regularly performing with the Philadelphia Orchestra as a substitute member since 2006. He has participated at the Asia tour in 2014 and European tour in 2015. As a chamber musician, he has been invited to perform with Dolce Suono Ensemble, Jupiter Chamber Players, and Borealis Music Society.

As an educator, Mr. Lee has own private studio in Cherry Hill, NJ and his students ranked top annually at regional levels. In past years, many of Mr. Lee’s students won numerous competitions such as the Greenfield Completion for Young Musicians hosted by the Philadelphia Orchestra, National Music Teachers Association Competition. Presently, they perform in Philadelphia Youth Orchestra and Philadelphia Young Artist Orchestra.